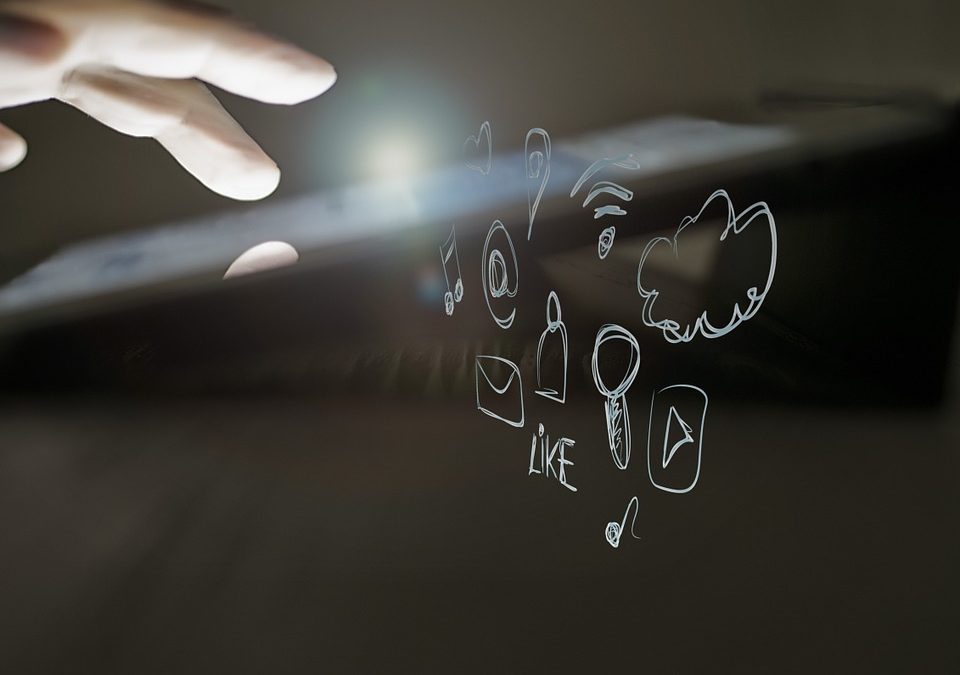 Whether you are an editor, videographer or just all-around movie lover, your life is affected by video formats and the various pros and cons of each. Contrary to our title, it is important to note that there is no true ‘"best video format" rather a series of situations in which a best video format is applicable. Editors might laud and praise the power and versatility of avi and wmv formats which focus their compressions on carrying as much detail as possible in their containers; meanwhile, movie lovers and youtubers might enjoy the mp4 and FLV formats
which are focused more on smaller files and faster load times.

As you can see, these each cater to specific video needs which we will go over in more detail throughout this article. For starters, it is important to recognize the fundamentals of video formats and that no matter what format you choose, they are all derived from a combination of two very important elements:  Codecs and Containers.

Codecs and containers are the base elements of video formats and are a lecture all their own. To better clarify this otherwise mystifying field, we will break down these and break down the qualities of each so you can better assess what the best video format is for you.

The codec is really a concern for editors who are exporting video. Basically this is the process by which the editor outputs a video file for playback and digital consumption. With every codec, you are negotiating the raw data incumbent of each video, audio and graphic clip featured in your edit and then outputting it to a container (which is often the name of the video format).

Codecs are common, but here are five of the most popular codecs and their various uses:

These each have their own varied uses and qualities laid out below:

This is the champion of the editing community and tends to be the most popular of outputs for all videos. It features relatively small video size without sacrificing too much video and audio quality. It is normally output with the MP4 container and often plays well with many devices and outlets on both Windows and Macintosh operating systems.

The new and in some ways improved H.264 HEVC is sometimes referred to as H.265n. This codec is designed for efficient compression of 4K video and Blu-ray.

For a flexible codec that is efficient with streaming services and has otherwise stood the test of time, MPEG-4 has a very wide range of compatibility. It is very similar to H.264 and should not pose a problem with users across all platforms and computers.

The standard codec for use on DVDs and early Blu-ray discs and the older brother to the MPEG-4 codec, MPEG-2 is a common output for professional cameras but will often need to be altered during the video export process.

This format is a more classic compression that sees much more success in commercial settings. The reason being:  the video size is massive which is discouraging if you do not have unlimited space on your hard drive or cloud system.

You will select your video codec in the export stage of your video project along with its container. Codecs and containers work in tandem with one another so it is important to note that certain containers may appear the same in file type and size but be dramatically different in implementation. For this reason ,it is important to understand from the beginning to the end on your project what your output is---even at the phase of recording because ingesting varying types of footage can cause problems at the export stage of your video.

Editors are not usually involved in the recording stage of production, and sometimes any complications from recording that aren't resolved in editing are typically not solvable through your selection of your video container. Also, iif these problems have made it this far, they were fairly minimal and easy enough to overlook. Once you have figured out the codec, you will be using for your video output; it will then be output to a container which most export softwares will pair according to which pair together best.

Container titles are also mirrored in the video format and are generally used synonymously. Regardless, it is important that you consider your outputs in advance in order to make this process as easy as possible for all of your needs.

The 5 Most Popular Video Formats

So now we get to the meat of the article:  the video format. Their various uses are contingent on the outputs and your needs for each video. These video formats are your containers for your codec that you would have selected prior to this stage. The suffix of your file will typically mirror your selection here.  The most popular formats are:

As with the codecs, we are going to break down the inherent qualities of each of these and inform you on where each of these containers thrive so that you can better discern what is the best video format for your project.

Because the majority of larger streaming services' prefer this container because of its ability to manage low file sizes and still retain quality definition, MP4 is one of the more popular containers out there. It is abbreviated from the also common moniker MPEG-4 and has been a mainstay of editors since its inception in 1998. The video is typically exported using MPEG-4 or H.264 video encoding, and audio is output using the AAC compression.

The MP4 file format is also a great file-sharing format for the Web. MP4 file sizes are relatively small, but the quality remains high even after compression. It is a fairly manageable video size that still offers pristine video quality throughout and cross platform compatibility; it's recently overtaken the once more popular FLV for online video sharing. It is compatible with online and mobile browsers as well as supported by the new HTML5.

This exceptional video format was developed by the talented team at Microsoft and debuted to great acclaim in 1992. Great for localized videos on your own computer and a bit better than mp4 for later editing, the AVI container is one of the most common available and still one of the most universally compatible containers available. Often times, it is packaged with M-JPEG or DivX codecs and can be used effectively on most Mac, Windows and Linux systems.

Another Microsoft innovation, WMV are the smallest videos available by most accounts, but the trade-off is lower video quality. If you need to send a video for reference or are trying to compress something to be sent over email, WMV is a great container for those reasons. The Windows Media Player is the main application used for these videos and often featured in Microsoft's Windows operating systems, but you can find many other wmv-friendly players for free on other operating systems.

An Apple innovation developed for optimization with Apple products, the rapid rise of Mac computers and Apple technology has propelled this Apple-specific program to increased popularity and celebration of its quality video output.  Sometimes it has trouble with systems that are not Macintosh, and the larger file size might be discouraging for casual video makers, but editors tend to love the versatility of this video in practice.

Editors should keep in mind that regular updates, like the QuickTime X which is available on Mac OS X Snow Leopard, Lion and Mountain Lion, might be better for those systems but may prove problematic in other outputs. There are .mov players for other systems though, and as one of the best looking video formats available, the propensity to download these increases every day.

This was a mainstay for flash videos once upon a time, but since flash has declined in usage and popularity over the years, FLV videos have subsequently waned in popularity over the past few years. FLV videos are normally generated by Adobe Flash software and typically paired with Sorenson Spark or VP6. They are typically played through an Adobe Flash Player but can also be played through web browser plugins or other third-party programs.

Typically, online sites, like YouTube and Yahoo! Video, will convert to FLV because its smaller size is more manageable for varying online bandwidths. That said, it is better to output your video in the preferred capacity and then let the online source manage their own transcoding for their distinctive needs.

There or other less frequently used video formats with each providing their own qualities to a situation. MKV is an open source format that provides other added features. SWF is another flash format that can offer solutions for other potential exporting scenarios.

How to Choose the Best Video Format for Your Project 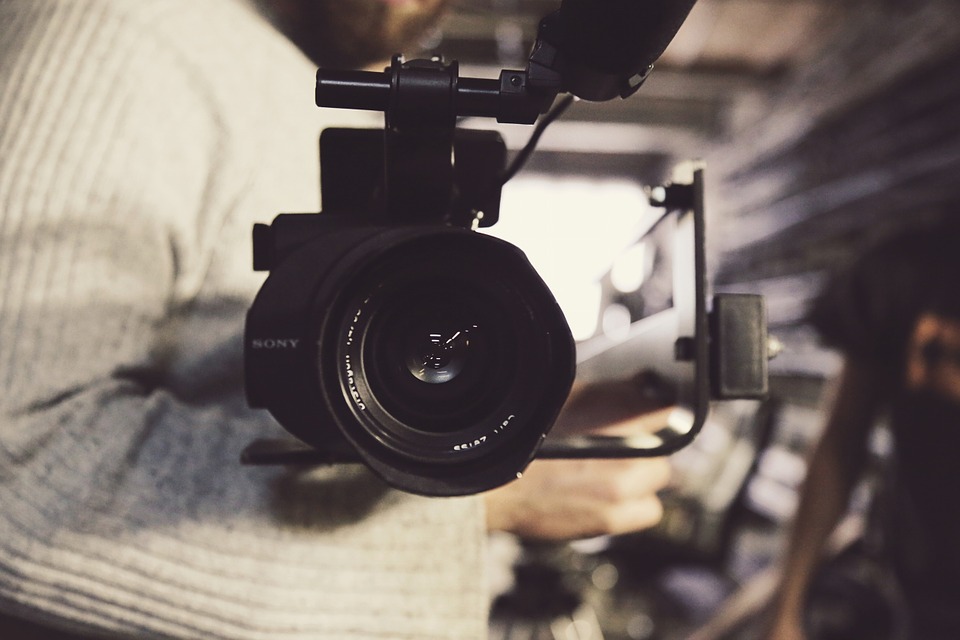 The best way to choose the best video format for your needs is by discerning your audience. If you are outputting to an online medium for streaming platforms, .mp4 is probably the best video format container for your needs. Its relatively small file size is great withvideo quality handling and efficient for streaming. Meanwhile, if you are interested in later editing and retaining maximum file size, .mov or .avi will hold your video definition and provide better lateral mobility in your output for editing and exporting.

There is an inclination to export to FLV if you are outputting for YouTube, but it is probably best to export according to their listed standards (often mp4) and then let them run their own back-end process so you do not lose any resolution in the upload. Other considerations are how long you would like to spend on the export:  bigger video files can take exponentially longer to export and as a result might cause you to miss deadlines unnecessarily. Smaller videos like wmvs are sendable via email but will take substantially longer than a .mov due to their smaller and more convenient file size.

Whatever you choose, the best qualifiers for whether your decision was right is based on how good the video looks, whether it loaded smoothly and whether you are comfortable with the amount of space it takes up on your computer.

Whether you are watching videos, working with them or storing them for later use, you will be exposed to video formats and be forced to discern what the best video format is for you. If you are an editor, it is important to keep in mind the needs of your audience and outputs. If your video is going to YouTube or another online streaming service, you can assume  .mp4 will serve your needs. Often though, each of these platforms will have guidelines for what is the best video format for their platform, and you might otherwise be best served adhering to their listed stipulations.

If, however, you are outputting for uses in editing or really high resolutions needs, like movies and big screens, .MOV or .AVI retain greater swaths of information, but this is at the expense of storage space. This added information will provide a more pristine output and offer more lateral mobility for color and graphics as well as audio information so you enjoy more exceptional control over your video in later iterations.

Finally, WMV (Windows Media Video) finds a more common use as a review tool. Its small size makes it great for distribution and sharing purposes but is not the most pristine quality for review.