7 Social Media Engagement Tools You Should Be Using 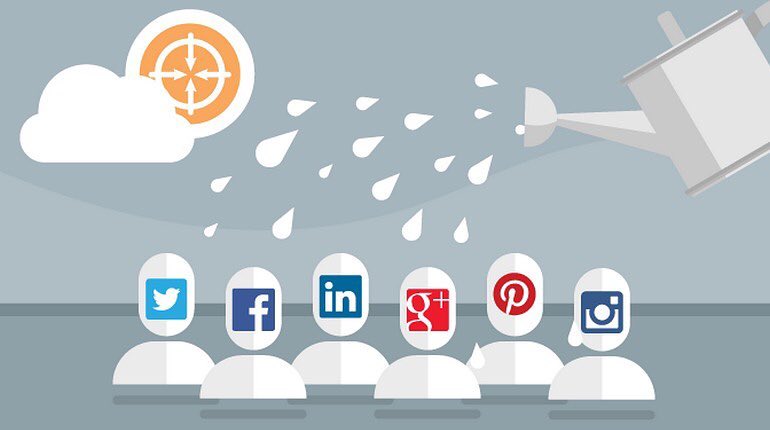 Most people know that social media is a key component of success. But it’s often unclear how one should make the most of them. This is where social media tools come into the picture.

Social media engagement tools are arguably more important than individual platforms. One tool will often encompass multiple different services. We’ll take a closer look at the best tools to help someone get the most from social media. And we’ll rank items by overall return on investment.

The most difficult part of social media comes down to quantity. And that’s not even taking other online services into account. When one considers homepages, portfolios and social media together it’s rather intimidating. Worse, it’s not something that lends itself to pithy explanations.

The business world was once synonymous with a business card. There’s a simple reason for that fact. It could convey a huge amount of personal information in a very small amount of space. Campsite is a modern take on the idea.

The service links an Instagram profile with the full suite of someone’s professional information. It maintains the look and feel of Instagram. And it’s even compatible with smartphones. But instead of a single Instagram profile it links to the entirety of one’s digital presence.

Social media commonly involves sharing content. But the diversity of online content can make this far more difficult than it needs to be. ContentStudio tackles the problem through multiple different methods.

One of the most important involves the creation of a translation layer. This isn’t about translating words. Instead, it’s among the social media engagement tools which translate ideas. It removes most technical limitations from online engagement and makes it more natural. For example, one can work with images rather than image file formats.

ContentStudio provides people with tools to push content from one source to multiple different online destinations. And all without needing to worry about technical details or platform lockin.

Social media engagement often requires an initial hook. It’s one of the biggest strengths of online media in general. Most other forms of communication place limits on how one can build an audience. But social media allows for the best tool to spread any given messages.

Smartmockups allows one to essentially leapfrog this process. The best way to spread awareness of a product is with a picture. But oftentimes one needs to use social media as a tool to fund that product’s development. Smartmockups helps people create visually perfect mockups to showcase what they want to build.

Using Smartmockups, one can show people what a future product will look like. This makes it distinct among social media engagement tools. Because it isn’t simply providing a new medium for one’s message. It frames online discussions around something that would previously only exist within one’s imagination.

Infographics have proven themselves as a top-tier online marketing tool. The combination of pithy text and descriptive imagery provides the best of both worlds. Imagery catches an audience’s attention in one way. While descriptive text catches their attention in another. And it’s something one can easily share through social media.

But it’s also something that usually requires artistic talent. However, Adioma helps anyone make infographics. Even those without any artistic ability can create effective infographic presentations.

The tool essentially links up customizable base images with one’s own text. Social media engagement tools that boost one’s own skill set are particularly important. And Adioma essentially takes the place of an artist on a social media team.

Advertisers are well aware of how powerful a good story can be. Some of the most powerful advertising campaigns invoke narratives in people’s minds. Some social media platforms showcase this idea by creating specific story sections. These offer more varied and complex ways of presenting one’s media.

The app might be a little too specialized for the average user. But anyone who puts a lot of work into creating online stories should see a huge return on it.

Facebook messenger is an easy way to connect with people. It’s not just in terms of platform ubiquity either. People simply tend to feel more at ease when they’re receiving messages through messenger. But at the same time, it’s not the easiest platform to use for marketing.

Botletter changes that around and makes it a perfect marketing platform. It’s an easy match for anyone familiar with social media engagement tools. The interface brings quite a few elements from standard email marketing campaigns. But the difference comes from target platform.

Botletter takes control of many elements that normally make messenger difficult to use for marketing. For example, it can handle the timing of messages to better suit the audience. And it keeps track of metric data in a fashion similar to email marketing clients. It’s basically a drop in replacement for email marketing. And it brings with it a whole new target market.

It isn’t just about making it easier to use the platforms either. One can even automate those shared tasks. For example, it can time posts so that different time zones are evenly covered. And the included metric measurements make it easy to find out which techniques are working the best.

In conclusion, one can see some shared elements between the listings. They usually try to converge multiple tasks into a singular whole. As such, one can often decide among them by first prioritizing platforms.

But in the end, much of it comes down to different styles of communication. This is also why it’s so important to share one’s results with other readers. Discussing what options fit different usage cases helps people decide on a good match.