Best Guerilla Marketing Ideas to Spice Up Your Business 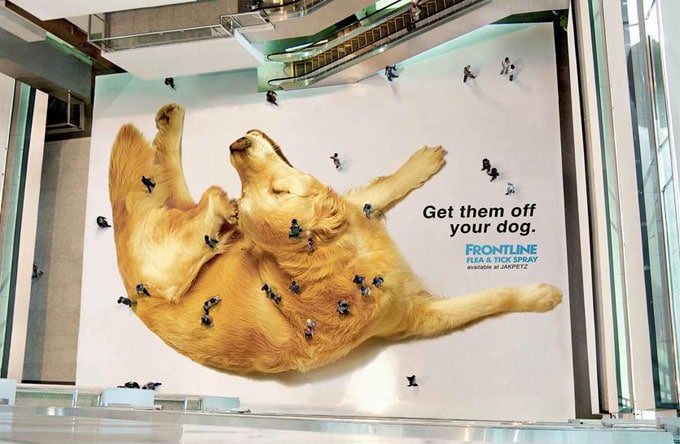 From adblockers to DVRs, people are finding ways to tune out of traditional marketing avenues. At the same time, the public is embracing less traditional methods of marketing, turning it into the stuff of social media discussions, e-mail chains, and even newscasts. Guerilla marketing is the blanket term that specialists use to describe marketing efforts that focus on these less traditional channels. Instead, it concentrates effort on getting people talking about the good or service being sold. For companies that want to captivate their customer bases, using these guerilla marketing ideas is a great way to help retain and grow a client base. Here are a few examples that may inspire you as well.

Ultimately, the goal of marketing is to get a product or service to appeal to the target audience. Therefore, one great guerilla marketing idea is to let customers help design some aspect of the final product.

More than twenty years ago, a major candy retailer allowed individuals to vote on the new color of their candy. Millions of votes were cast and blue ultimately won out. Along the way, the manufacturer received plenty of extra publicity. This created a buzz that far eclipsed whatever may have come had they simply released a new color. Additionally, because of the public’s involvement, there was both a sense of ownership and a guarantee that many people would be eager to purchase the new version of the product.

Today, a major insurer allows people to design their own coverage. This helps them feel excited about the otherwise unexciting world of car insurance.

Not every good or service lends itself to being designed by the masses. Short of that, another great guerilla marketing idea is to involve customers in the marketing of the good. This could be as simple as encouraging people to respond via social media with their thoughts and experiences. Marketers then use those responses as a part of a marketing campaign, knowing that those customers will likely share anything that features them.

Alternatively, one of the best guerilla marketing ideas that have emerged as a result of the rise of social media is to incorporate animations or other graphics into social media updates. Mention of a company can be made while people post such updates. This provides an often fun way to further increase awareness of a brand.

One of the best guerilla marketing ideas that provide a great way to get people enthusiastic about a company is to tie a product in with current events. This does not necessarily mean following the sort of story that makes the evening news. Nonetheless, some companies have done this to good effect. During government shutdowns, some restaurants in Washington, DC provided free or reduced cost food to those who were ordered to stay at home.

That said, a company does not have to wait for a Congressional stalemate to use guerilla marketing. Instead, many companies tie in a reduced price for a good or service with the performance of local sports teams. From a free taco to reduced steak prices, restaurants often do this to incredible effect. 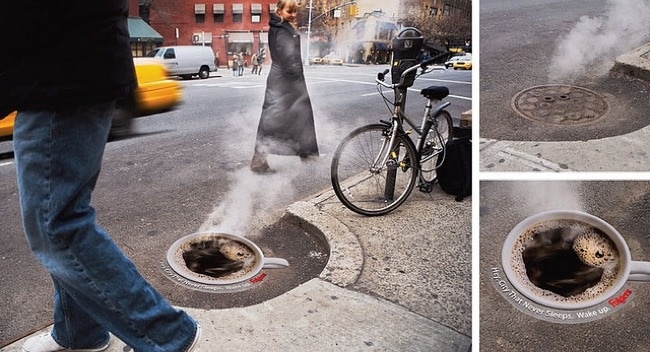 Because so many people are overloaded by traditional marketing channels like TV or billboards, seeing clever marketing and advertising turn up in unexpected places makes for one of the most talked about guerilla marketing ideas.

This often plays off the geometry of a particular common object, such as making a bench into a candy bar or the top of a trash can into an eye. In any event, the disruption causes people to stop and think, letting the marketed item sink into their consciousness rather than just be ignored.

In “A Christmas Story,” Ralphie waits for weeks to get his secret decoder to find out that it is all an elaborate advertisement for a beverage. While he may have experienced disappointment with the outcome due to the imagination of a child running wild, more pragmatic audiences may appreciate a distraction, if only of a few seconds.

In fact, this is one of the best guerilla marketing ideas out there. By providing them with something interactive, from a scratch-off ticket to a Flash game, a brand can capture the attention of a potential customer long enough to make an impression.

One of the original guerilla marketing ideas was to give people mugs, shirts, stress balls, and other such objects that are cheap to produce. While a stress ball is still effective, to call it a really great marketing idea is to find oneself going back to the ’90s. Simply put, it seems that the only people really making money off of these marketing ideas are the swag salesmen!

Instead, give them something that stands out from all the other swag that they receive. Trade in the standard coffee mug for one that changes appearance when adding a hot liquid. Likewise, capitalize on people’s desires to take out their frustrations by exchanging a stress ball for a plush hammer (if the company in question deals in hardware), for example.

Finally, never doubt the appeal of a publicity stunt. If the company in question is one that markets to a large segment of the population, one of the best guerilla marketing ideas could be the one that gets them all to pay attention at the same time. If done properly, this doesn’t even require a great deal of overt marketing; people will try to find out why there is a large rubber duck floating in the lake, for example. However, if done poorly, there could be problems that make a mockery out of a company’s marketing efforts.