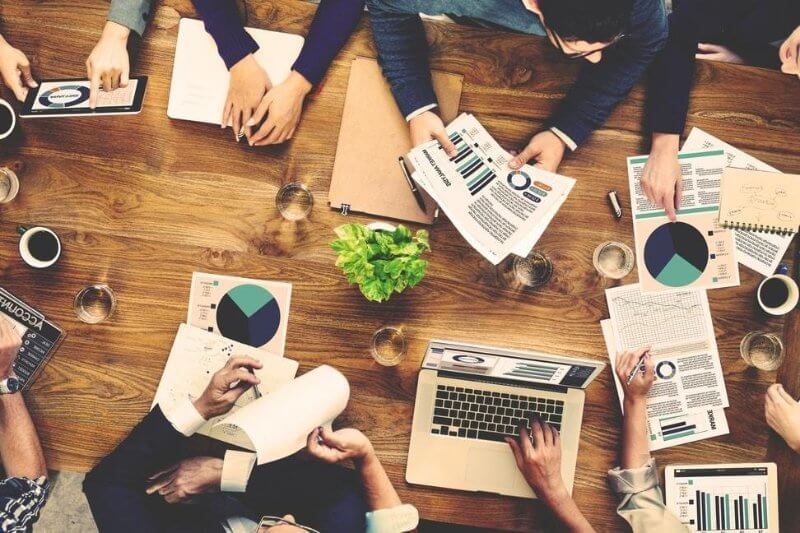 The importance of team efforts is readily apparent. For example, the coaches of top tier athletes often become just as famous as their clients. However, people often forget that this is the norm for anything which aims for extraordinary results. But content marketing team structure isn’t as well known as sporting endeavors. As such, we’ll examine the seven essential parts of any new marketing team. Each step should act as a rung on the ladder of successful marketing.

Every team needs members. And forming a content marketing team is the first step to success. When doing so it’s often helpful to begin by considering roles and the amount of work they’ll need to handle. This also leads into duties covered by a company’s content manager.

The content manager can be thought of as the driving force behind any given campaign. This is a big picture person who strategizes, reacts and ultimately takes on responsibility for any given effort. It will often be the person who’s forming the team together in the first place.

The content writers are the people who put together the most visible part of any given campaign. One should ideally have a team where writers have varied backgrounds and skill sets. The more varied a writer’s skillset, the faster he’ll be able to complete related tasks.

The role of content editor might end up as the manager’s responsibility. But one will ideally have someone in a firmly defined position who can field all editing tasks. The role of editor is vitally important. In part because they’re the main safeguard to ensure proper quality control. But also because it’s their voice which shapes the overall tone of any given content. One might think of them as the tone and accent of the company’s message.

One should also consider how to handle a content distributor role. The term is somewhat vague as it varies by underlying medium used to distribute content. It usually involves SEO, general analytics and translation of techniques used to something more easily understood by other team members.

Of course any given company needs some additional distinction in these roles. Content writers in one company might work closely with infographic artists. While in another they might focus on video or pure text.

2. Decide on a Mission Statement 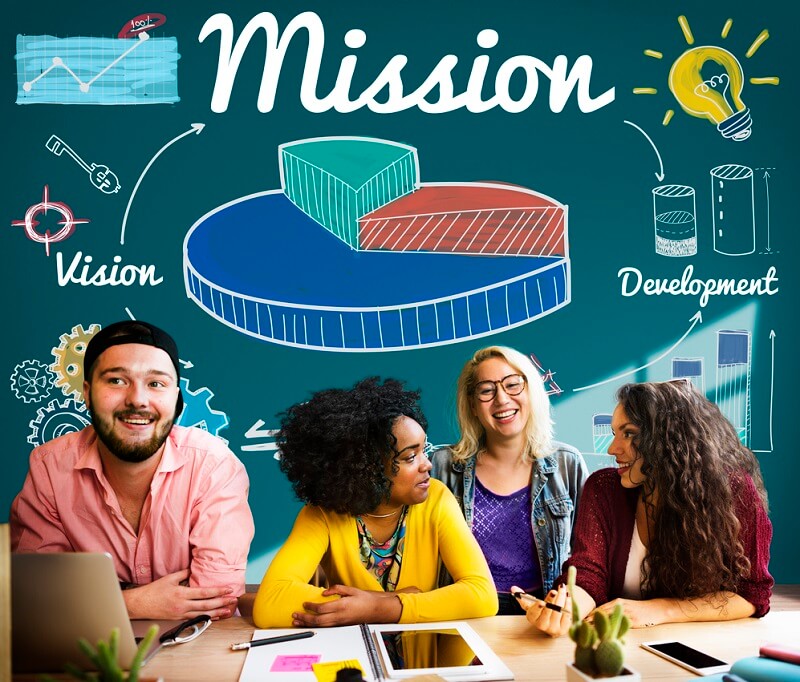 Mission statements might be the single most misunderstood concept within the business world. If one looks around almost any major website he’ll quickly stumble onto a mission statement. This isn’t always a bad thing. But it does highlight a central misunderstanding surrounding the idea.

Mission statements aren’t very effective as a marketing effort to the outside world. It’s something that’s used internally to help guide the creation of company products. And marketing is just as much a part of that as any other product.

Content marketing is among the fastest growing field within the business world. But that’s also another way of saying that most current efforts aren’t perfectly implemented. The biggest reason for this is a lack of cohesive agreement within the team. And this is also where the mission statement comes into play. A mission statement is a concise statement to guide every member of the team. It tells new employees what to expect. And it helps remind current employees about a company’s end goals. 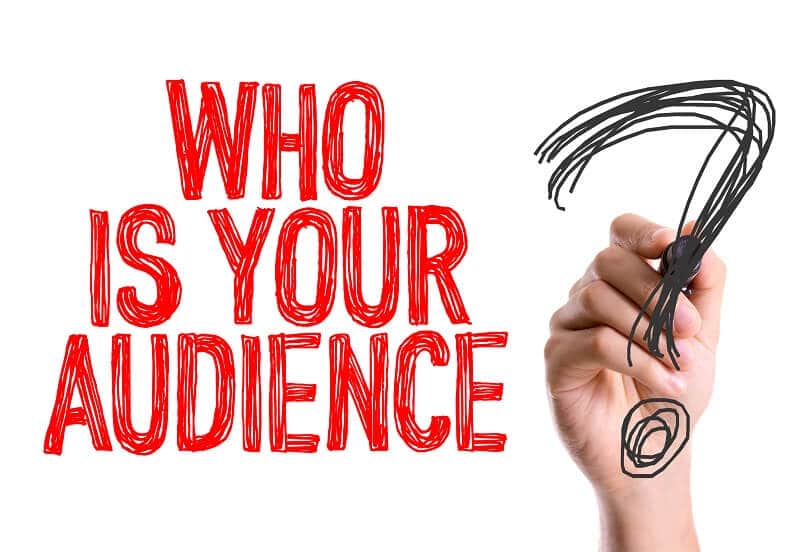 The next step is to fully consider a product’s target market. This step is somewhat dependent on the size of one’s team. And one should consider hiring practices to properly prepare for it. As overall divergence of customer base rises the amount of campaigns needed to influence them does as well.

A recent study highlights just how important individual attention can be. Of course it’s not possible to directly target individuals. But by targeting demographics a team creates the illusion of direct communication.

It’s important to note that there’s no trickery involved. The content marketing team structure should emphasize respect for a customer base. Customers know that they’re not a company’s sole focus. But content marketing helps create an agreed upon narrative between company and individual.

This step should focus on discussion of a company’s intended customers. Discussion about what different people want will often serve as an initial definition of one’s overall demographics.

People often assume that managerial duties should always have an air of forcefulness. However, many people quickly discover that this isn’t effective with some groups. And in particular it’s often counterproductive with anyone working on the human psyche.

People should consider that proper content marketing team structure celebrates individuality. One doesn’t train an Olympic level sprinter by putting out an advert for generically fit people. Instead they carefully consider the exact physical links between athlete and activity.

One needs to use that same principle with content marketing team structure. People should ensure they enforce this when considering demographic appeal. One shouldn’t force a young socialite to, say, market to elderly men. Managers could make better use of that background to gain insight into her own social groups. This principle goes for everyone in a team. And as we’ll see in the next point, this applies to the people at the top as well.

But no matter the name, the position’s duties remain the same. A marketing manager needs to be the single most versatile member of the team. When designing strategy he should be able to jump from person to person. And along with this from viewpoint to viewpoint.

It requires a unique mixture of humility and authority. But it’s a vital position when trying to actually direct a diverse group of content creators. Giving a marketing manager time to grow into his position is vital to any effort.

6. Consider when Outsourcing Is Appropriate 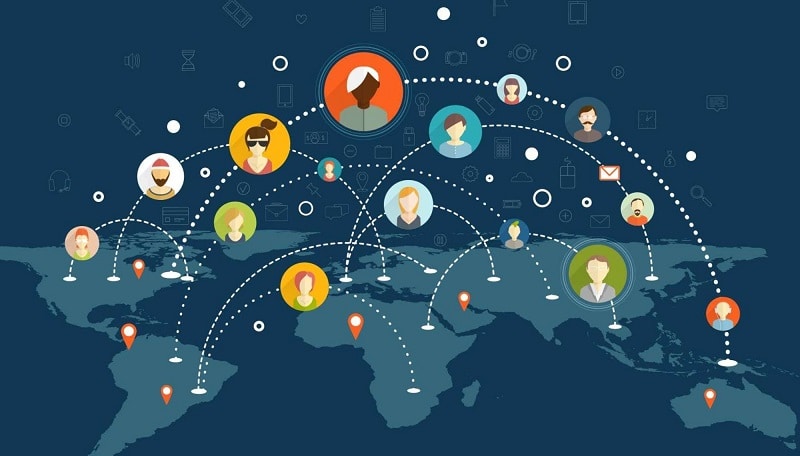 Even the best sports teams need to bring in outside help to grow. And the same is true of marketing teams as well. When people first narrow down demographic efforts they’ll notice something. There’s a huge amount of variables to juggle within any given population.

The absolute ideal for a company is 100% coverage. But that’s not feasible in-house without a huge staff. One can instead bring in outsourced help on occasion. This type of outsourcing can provide one with an efficient and cost effective method of talent cultivation.

One should remember that outsourcing work isn’t simply giving it away. If someone has done good work than they should remain a part of the group structure. Of course this doesn’t mean a permanent paid position.

But freelancers are usually quite eager to remain in touch with companies they’ve worked for. This can result in a content marketing team structure which can instantly and reliably target various niche groups. Outsourced talent is a valuable resource which needs proper cultivation.

In conclusion, it’s clear that flexibility is the number one rule of any content marketing. But along with that comes a need for firm leadership. The two ideals can be difficult to balance at times. But this is also what makes communication within the workplace so valuable.

And the same applies to sharing results and strategies with fellow readers. People who’ve had success with these or similar techniques should weigh in with their own experiences.