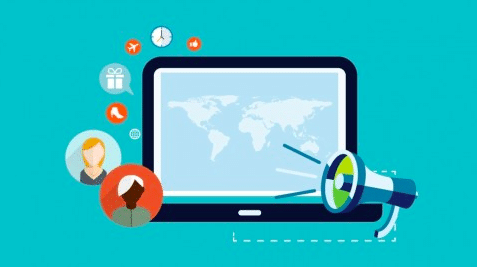 A quote from Newton’s Third Law says, “For every action there is an equal and opposite reaction.” This means, in a round about way, that your actions have a consequence. There are good consequences and bad consequences.

Think of the good consequences as buying a coffee press, you purchase it in hopes that you’ll have fresh coffee, and more than likely, (unless you leave it sit too long) you will, you’ll have the goods to drink and nothing bad to say. Just kidding, with good consequences, come the bad too… The bad consequences such as bench pressing without a spotter? Yeah, not good, you may likely end up hurting yourself. But with each action you get something out of it just like with publicity or press releases. Remember, this one main idea, if you want to keep it private, don’t provide the info to the media. Hence, this make a good policy to follow.

Publicity is about attracting public notice. This means, giving you the upper hand by attracting attention to a certain action, article, statement, or product for your benefit. With publicity, you’ll either get good recognition or bad recognition for your services. Depending on how you market yourself, you’ll have an action that you have completed. This actions will result in a good or a bad consequence.

There are many characteristic of publicity… It’s almost like a silent partnership. With some businesses you have got to make a career of largely known publicity; From local to global. If you want to be known, you mustn’t just be a small sector, you must be an entity. What works in the Bronx, NY, US, or Perth, Australia may not work in other cities. Think of the paid cost, think of what it pays you, think of the topic. How will you write your story? Will you use libraries far and wide or places unlikely to come up with exactly what you need to do? 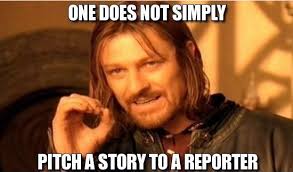 What is Good Publicity?

Good publicity is described as a measure from the amount of good attention that is attracted by the news or press release that you have on publication for our businesses service. Good attention is measured by the amount of followers that you get or keep after you’ve given a press release, thus creating a following or environment that a following would enjoy. For example, you wouldn’t advertise that you had a masters from medical school, now would you? If you did, you may have a very long list of failures.

What is Bad Publicity?

Bad attention is better than no attention at all, right? In some cases, yes, but in other cases, no. It’s quite the dilemma. Bad publicity is the publicity that changes the view of all your followers, your guests, or your customers, in a negative view. The disadvantages being that you may loose followers. It is ok to have a difference in opinion, but when you are distasteful or lacking class in your choices and loose a bulk of your followers, you must rethink some of the decisions that you have made and limit them for the next release. If this is your first introduction to PR, then you may be in for a surprise… You don’t have to be a criminal to produce mean or poor publicity, maybe you’re not paying for your coverage and you’re just hoping that your press release will be a “free” source of publicity. 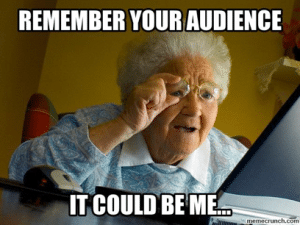 Is There Such A Thing as Bad Publicity?

It is only bad publicity if you make it that way. Your reaction to any publicity is what makes it good or bad. For example, if you were to have an announcement that there were some major malfunctions going on in your business that caused production to be slowed or stopped completely and you lied about that, more than likely your consumers would take a turn away from you.

Would you want to do business with someone that didn’t tell the truth? If you are the administrator that provides the company with speaking engagements or provision, then you must be the one to head and explain all the answers that everyone has with honest and true answers. You’re the one that provides the truth and to be honest, you’ll feel like a failure for being pure of heart, but impure lies can make an even bigger impact than the press release itself.

If you are ever in a situation like this, be sure that you are honest. Don’t be the governments right hand man. Keep your honesty to a maximum and your dishonesty to a minimum (a minimum meaning zilch, zero, nun, none. Capiche?). You aren’t running for parliament or as a member of the government. This situation could have been defused if the truth had been revealed at the start with a solution to the problem. This lets your consumers know that you stand behind your products and allow them to recognize that you are perfectly imperfect. So in a round about way, yes, there is such a thing as bad publicity.

Bad publicity can be perceived in two different way, a dishonest version of the truth and the media distorting it and taking your press release or news the way that they wish to distribute it. But ultimately, it is up to you to on how you distribute yourself and the view of your company. Think of it this way, if you were provided with info that could be skewed or twisted, would you change somethings around to make yourself look better and risk knowing that the lies may get out? You’re not lawyers, but you may need one after you’ve flubbed some info like that up.

A publicity stunt is an event that are meant to actually show off what you are trying to get out to the media. A publicity stunt is something that could be planned event or something that is totally random in the fact that it warrants attention. Sometimes companies will plan actual publicity stunts, stage them or fix them so that they grasp the attention of their audience. This can be a filmed event or an article in the newspaper. Articles in a newspaper vs a filmed event may not have the same affect on the public. But just know that this could go both ways, either this could gain you more attention or this could be a castration of sorts.

Meanwhile some may not plan them but they actually happen just as a natural act for reasons unknown. Sometimes they just occur. They can stem from the administration to the finance department and all around. The cons of not planning a publicity stunt speak volumes. Many times if a publicity stunt isn’t planned, the company owner or representatives will then lead to not being able to have a composed answer or answers for the questions from the media. Some examples may include big name famous celebrities, members of governance, history or sex tapes or drugs in schools, anything with extreme changes in health qualities or near death experiences– It’s almost like it is a game to excel in life. 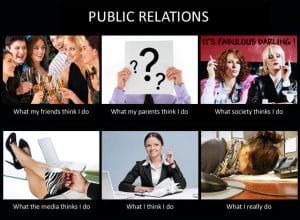 Make sure that you have your eye on the ball. Taking charge of your situation, meaning the event that you choose (I.e a press release or a statement) only means that you will take control of the outcome (you must look at all aspects thought– finances, economics, externalities), the only trait of a press release that matters. If you want to have “good press” coming your way, then you will do everything in your power to make sure that the outcome is great. You and only you can take charge of how you are publicly perceived by the media, so don’t leave any question with this.

You may have the mode of transportation but that doesn’t help if you don’t know where you’re going. Make sure that your press release isn’t a mess of highways that leads to roads that go nowhere. You want to make sure your speakers, defenders, or any sort of representation are clear, have higher education of the situation at hand, and speak clear and plain English. Make sure that your representation has clean pasts, free of drug, alcohol, or arrest records (This can taint your persona). This may be considered harsh  but you can never be too safe when it comes to your image. 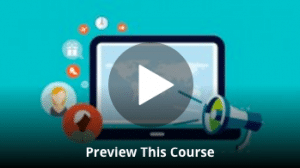 Need some help with this?? This guy, Alex Genadinik, will help you out tremendously.  His education and knowledge got him to be a three time best selling Amazon author. Creator of top entrepreneur mobile apps, and host of a popular business and marketing channel on YouTube… This guy is bringing to you a wonderful video full of tips to show you how to get Publicity & Public Relations: Get Press Coverage Like A Pro!

If you have an interest in promoting your business and have a computer or mobile device that is internet accessible, then this is the perfect course for you. Gain the knowledge that you need to get press coverage like a pro. Just make sure that you are aware of what kind of coverage you are going to get. You’ll be a profession press release speaker before you know it. Between you and me, Mr. Genadinik has the rhyme and reason to open your mind to those ideas that may just seem like a theory. It’s unlikely that you’ll be the Quasi of publicity if you’ve got the help you need from Alex!

You’ve got the definition of a press release. You know the characteristics, and you’ve got a great knowledge of why you would release a press release… However, I’d put money in the pool that you will be running the system, playing the games, and making the introductions of a life time in becoming the best speaker anyone has ever heard. Unlike many jobs, this isn’t a Monday through Friday job, this is a job which has become a voluntary response. Your statement describes you, because you and only you needs the feedback and analysis from your press release.

In conclusion, any publicity is good, you just have to know how to treat it and have to give it the justice that you deserve. Be sure that you know what you’re doing and know that you have the opportunity to change any situation around. You’ve got this. Set the standard and be the standard with what you want to be; How you want to portray yourself to the media. You and only you can control your destiny. Be the person that takes the bull by the horns. The person that goes after what you want and CONQUERS THE PRESS LIKE A PRO!